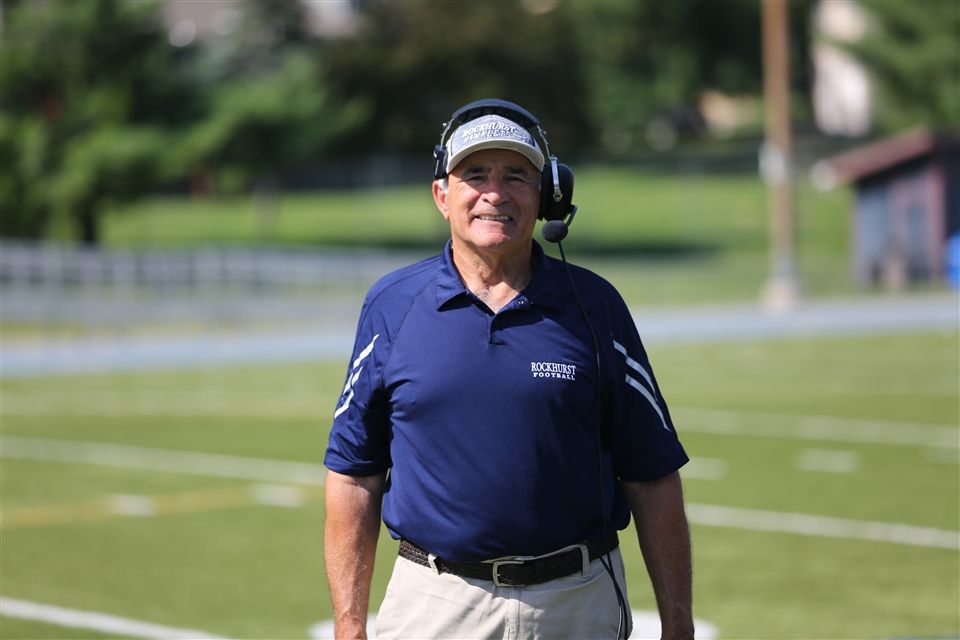 Coach Severino has been an educator at Rockhurst since 1983 and has helped with the formation of thousands of young men both on and off the field. This final season is Coach Severino's 50th in high school education and coaching; he began his career in 1970 at John F. Kennedy High School in Cleveland before moving to Kansas City and taking a job at Shawnee Mission West in 1971, and then Shawnee Mission Northwest in 1977 before landing at Rockhurst in 1983.

In his 42 years as a head football coach, he has notched 381 career wins. Of those, 338 have come in his 36 years at Rockhurst, which is the third most win by a Missouri head coach in the state's history. He has led the Hawklets to the State Finals 11 times, winning seven Championships. He has been the Missouri Coach of the Year eight times and was the USA Today National Coach of the Year in 2000.

Away from the field, Coach Severino is an active member and Eucharistic Minister at Ascension Parish; member of the Italian Society; and at Rockhurst has served as the Physical Education Department Chair, Spirit Club Moderator, Weight Room Supervisor, Intramural Director and Rockfest Coordinator.
Rockhurst High School has organized a search process which will begin in early September. Under the direction of the Athletic Department details of a search committee, timeline and process will be communicated at that time.

Thank you, Coach Severino, for your incredible service to our young men spanning nearly four decades, and best of luck to the 2019 Hawklets! Rock State! AMDG
Back