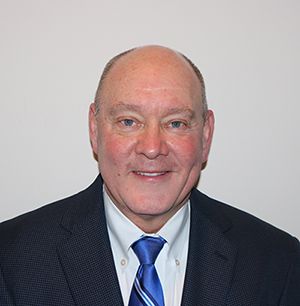 “Jon is a true blessing to the Rockhurst community,” said Joshua H. Brewster ’99, President of the Alumni Board. “His leadership as Chairman of the Board of Trustees and his tireless work on the Presidential Search Committee, in addition to his endless dedication to advance his alma mater, is truly first class. We are honored to name him Alumnus of the Year."

"I am thrilled that Mr. Jonathan Haden has been selected to receive Rockhurst High School's Alumnus of the Year award," said Rev. William T. Sheahan, SJ, Rockhurst High School’s interim president. "As an attorney and a partner at Lathrop Gage, Jon has distinguished himself professionally, including through his longtime service as counsel to the Diocese of Kansas City-St. Joseph, as well as his practice of environmental law. Jon has given of himself to many charities, including Rockhurst High School. As a Trustee on Rockhurst High's Board of Trustees for many years Jon has helped advance Rockhurst's mission and, as Board Chairperson, he was instrumental in the school's hiring of Mr. David Laughlin as our first-ever lay president.”

A Rockhurst High School graduate from the Class of 1975, Haden has served on the RHS Board of Trustees since 2009. His service as Chairman concludes in 2019.

Among his many leadership contributions, Haden was part of the Presidential Search Committee that identified and secured Laughlin as the 17th president of Rockhurst High School. Haden played a crucial role in decisions to fund and build the Hawklets Center and Academic Learning Commons now enjoyed by students, faculty and alumni.

Haden has been an active volunteer for, and advisor to, the Diocese of Kansas City – St. Joseph throughout his legal career. In addition, Haden commits his time and expertise to the Keeler Women’s Center, Serra Club of Kansas City, the Student Press Law Center, the Kansas City Metropolitan Bar Association (Volunteer Attorney Project), St. Peter’s Parish, and St. Teresa’s Academy. At St. Peter’s and St. Teresa’s, he has served as an auction co-chair and basketball coach, among other roles.

Haden joined Lathrop Gage LLP in 1981 and was made partner in 1987. Haden’s practice has included the representation of numerous religious organizations, including Catholic dioceses and orders of religious men and women across the country; print and broadcast media organizations such as the Kansas City Star; and commercial entities involving compliance with federal and state environmental law. Haden is a member of the Missouri State Bar Association, the Kansas Bar, the United States Supreme Court Bar, the National Diocesan Attorneys Association, the Libel Defense Resource Center, the American Bar Association, and the Catholic Lawyers Guild of Kansas City.

Haden and his wife, Barbara, have three daughters who are alumnae of St. Teresa’s - Beth Haden ’02, Annie Tweedy ’04, and Tracy Peterson ’07. Their son, Robbie, is a member of the RHS Class of 2009 and serves as Rockhurst High School’s Director of Communications.

“Jon's professional and personal dedication, coupled with his high intellect, caring nature, genuine humility and good humor identify him as a true 'man for others,'” concluded Fr. Sheahan.

- Joshua H. Brewster ’99
President of the Alumni Board