About Us
News & Events 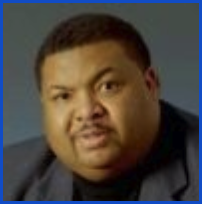 “I am a strong believer in that we make a living by what we get but we make a life by what we give.” said Roberson. “My time as a student at Rockhurst High School was one of the most formative experiences of my life. It began a journey for me, which I hope exemplifies just how much service means to my family. I am humbled that Rockhurst High School and my fellow alumni would recognize me in the truly special way.”

Roberson has tirelessly worked on behalf Jesuit education for more than twenty years. His first term of service on the Rockhurst High School Board of Trustees began in 1998. After completing his six-year term in 2004, he was asked to rejoin the Board in 2010. During his second term, he was treasurer of the corporation, Chairman of the Board, and led the Search Committee that recommended the selection of David J. Laughlin as president in 2017.

“Allen’s quiet leadership speaks volumes,” remarked Andrew F. Stafford, Sr. ’93, President of the Alumni Executive Committee. “His presence at Rockhurst has come at a critical time in our existence given all the uncertainty. Financial oversight is in good hands under the guidance of Allen, he is a great addition to the executive management team. I have seen firsthand the impact Allen can make and understand why so many businesses and charities in the Kansas City area clamor for Allen’s attention.”

After graduation from Rockhurst High School in 1984, Roberson attended Drake University where he earned his Bachelor of Science in the Study of Accounting (BSBA) in 1988. His career experience includes leadership roles as vice president of finance and administration for Sekisui XenoTech, LLC; chief financial officer and general manager for CyDex Pharmaceuticals, Inc.; and chief financial officer for Planet Biopharmaceuticals Inc. Roberson managed his own strategic advisory firm, AKR Consulting, before coming to Rockhurst High School in a professional capacity.

Roberson serves on the boards of the Negro Leagues Baseball Museum, Notre Dame de Sion Schools, Boys Hope Girls Hope of Kansas City and BioKansas. Among other civic activities he was a volunteer coach in the Kansas City Parochial League for 29 years. He has been an alumni class representative since his graduation.

Roberson and his wife, Nicole, have one daughter, Laila.

The Alumnus of the Year Award is named for Very Rev. Pedro Arrupe, SJ, who was Superior General of the Society of Jesus from 1965 to 1983. Fr. Arrupe coined the phrase “men for others,” as a challenge to alumni of Jesuit institutions to change the world with devotion and service to mankind. Award recipients serve as role models for the entire Rockhurst High School community, particularly its students.
Back